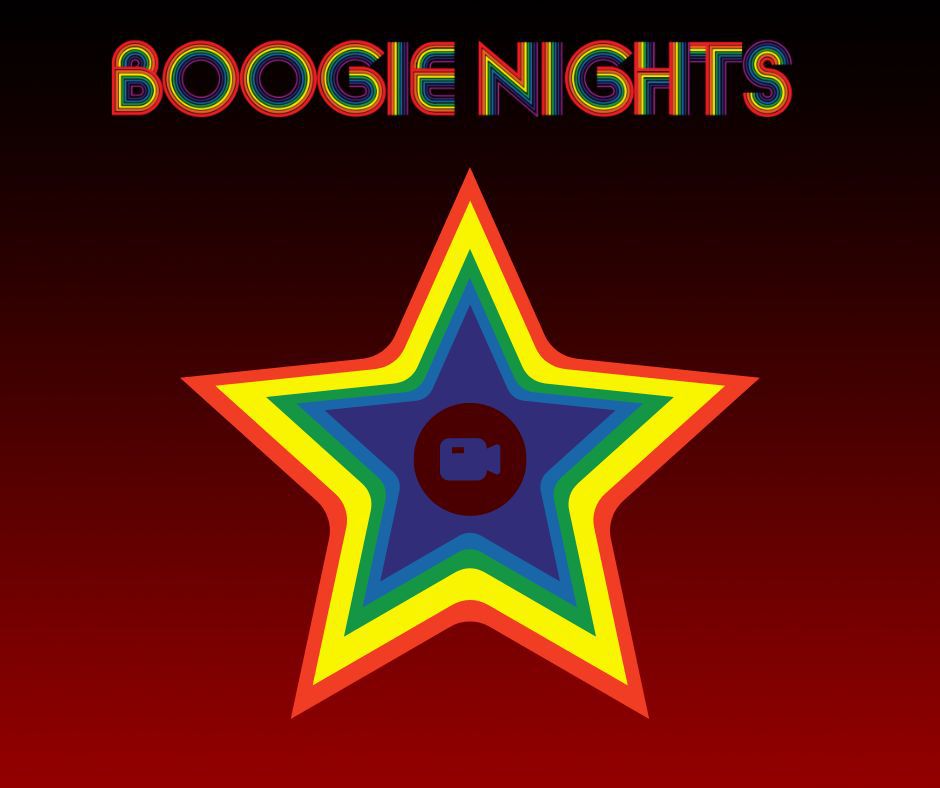 Boogie Nights is a 1997 comedy/drama film by Paul Thomas Anderson. The film has a star-studded cast consisting of FSU alum Burt Reynolds, John C. Reily (pre Step Brothers,) Julianne Moore, Don Cheadle, William H. Macy, Heather Graham, and a young Mark Wahlberg in one of his first roles. This film was cast perfectly and excels in its character development. Within the first two minutes of the film, you understand the characters completely and get a feel for what is to come. Before getting too far ahead, I’d like to point out the film’s setting and tone.

This story takes place in California from the years 1977-1984 in the adult film industry and boy does it feel like it. The film is lavishly sexy and fun, and you truly get the feeling of the late 70s. The soundtrack, outfits, and set designs are all crafted and placed with perfection to create an atmosphere of pure fun and enjoyment. At no point during the 2-hour, 35-minute runtime does this film drag and it has, in part, the atmosphere to thank. This film was masterfully made and anyone who watches is in for a good time so without further ado, this is my review of Paul Thomas Anderson’s Boogie Nights. (Spoilers ahead).

This film follows Mark Wahlberg as Dirk Diggler, a high school dropout turned adult film superstar, and his eventual downfall. While Dirk is on his path to greatness, we are also introduced to Burt Reynolds as old man/porn filmmaker Jack Horner and his group of lovable friends that all help Jack’s vision come true. Jack discovers Dirk, initially Eddie, in a nightclub where Dirk works. Jack sees the 17-year-old as his key to fame and fortune, and Dirk sees Jack in the same light. The two become partners and begin working to make adult films, well, actual films. Jack’s close-knit group of friends consists of Buck Swope (Cheadle), Reed Rothchild (Reily), Amber Waves (Moore), Little Bill Thompson (Macy), and Rollergirl (Graham). Each character has their own story intertwined with the main story. Buck wants to open a stereo store, Reed wants to become a magician, Amber wants to win her son back after a divorce takes him away, Bill wants everyone to stop having sex with his wife (which doesn’t happen), and Rollergirl wants her GED.

All of these characters revolve around the relationship between Jack and Dirk. Getting into the thick of it, Dirk’s mother is an alcoholic and is highly abusive. This forces Dirk out of the house where, as mentioned before, he is discovered by Jack. Jack takes Dirk under his wing and promises him great success. The two begin making porn together, with Jack directing and Dirk acting. The pair find great success and strive to make adult films, not “just pornos,” but actual films. Throughout the movie we see Dirk’s ego inflate more and more until, eventually, he snaps. Dirk leaves Jack while they are at the top and tries to make a new career singing. Dirk, followed by his new best friend Reed, begins making music that is absolutely awful. The pair can’t sign to any labels and find themselves broke and addicted to drugs. Dirk has two big run-ins with very bad guys and nearly loses his life. While all of this is taking place, Jack is still trying to make films, but can’t without a star like Dirk, so he too begins losing money. The two truly need each other to succeed. Eventually, Dirk comes to his senses and returns to Jack where they once again become a team and the film ends on a high note.

As previously stated, the film was cast perfectly. Every actor involved puts on a solid performance. I’d like to start with the lead, Mark Wahlberg as Dirk Diggler. At the time, Wahlberg was only known for being a rapper and the Calvin Klein poster boy, so Paul Thomas Anderson truly took a chance with him. It really pays off though as Wahlberg puts on a performance of a lifetime. Dirk starts the film as a shy, nervous, but charming young boy, which Wahlberg plays to a T. Throughout the film Wahlberg transforms into a confident, self-assured man. I can’t emphasize how good Wahlberg is in this role. Then there’s Burt Reynolds. He truly feels like a 60-year-old adult film director. You almost forget that it’s Reynolds you’re watching because his character is so strong. It surprises me that John C. Reilly wouldn't find great success as a comedic actor until Step Brothers, because he is very good in this film. Every scene he’s in is absolutely hilarious. His character, Reed Rothchild, is supporting, caring, and is probably one of the greatest sidekicks in movie history.

Moving on to Cheadle: he gives a great performance (when doesn’t he?) as Buck Swope, a man that just wants to sell stereos. Cheadle portrays the character as naive, charming and ambitious, and it works very well in the film. Halfway through, he meets his future wife and the two have a child by the end of the film. Julianne Moore gives a jaw-dropping performance as Amber Waves, an actress who has lost her son in a custody battle. You truly feel empathy for this woman as she has a lot of love to give, but has no one to receive it. Macy gives a strong but short performance as Bill Thompson. Bill’s whole plot is that his wife keeps sleeping with other men, and Bill is sick of it. In a truly gut-wrenching scene, Bill takes a gun and kills his wife, the man she’s with, and himself just as the clock strikes 12 midnight, stepping into the new year, 1980. And last, but certainly not least, Heather Graham plays Rollergirl, a young actress just trying to make her way in the world. I could go on forever about how good this cast was but alas, I must move on.

Paul Thomas Anderson succeeds greatly with this film. It has so much style and truly makes you feel like you're in the thick of the 1970s. With his camera movements, you can really tell Anderson was inspired by Spielberg and Kubrick. There are many times when Anderson decides to do long takes and just let the actors work the scene. It’s crafted excellently. Many times Anderson uses fast cuts, almost Goodfellas-esque, to really show we are in for a ride. Anderson is truly a genius when it comes to writing and filmmaking and found more success down the road with movies like Magnolia and Punch-Drunk Love.

To conclude, this is a fabulous movie, a true joy to watch from beginning to end. I highly recommend it to aspiring writers, actors, and directors. What Anderson and the cast accomplished is purely unique and it makes for a fantastic film. I will be giving this movie a 9.5/10.