One Man's Trash Planet is Another Man's Treasure Planet 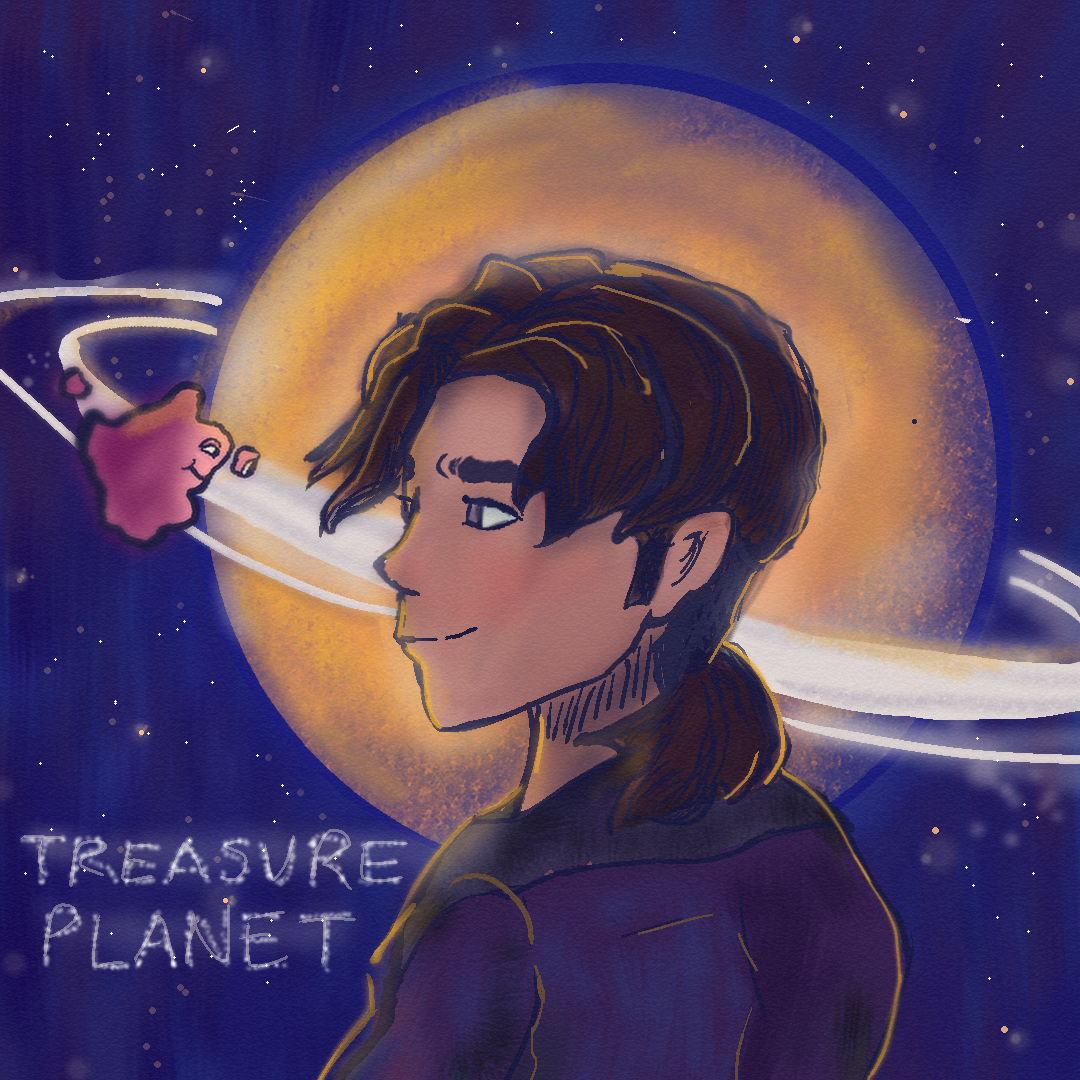 In the late days of November 2002 came the release of a film that should have been another multi-million success story for Walt Disney Studios. After all, how could it possibly do bad? A movie about space pirates combined with striking colorful visuals and the first Disney film to use a combination of 2D and CG animation? Every seat in a theater for the next few months should have had a butt teetering on the edge in anticipation for the lights to dim and for Treasure Planet to play. This, however, was not the case. Being awarded one of Disney’s greatest flops, Treasure Planet only made about $110 million worldwide while the film cost about $180 million to make. This means Treasure Planet lost Walt Disney Studios around $70 million even though it included the mighty allure of pirates in space and a hoverboarding angsty teen. So, why didn’t Treasure Planet fully set sail at the box office?

Let’s begin with the film’s basic plot. Treasure Planet is a retelling of the famous, similarly titled work of literature by Robert Louis Stevenson: Treasure Island. The story begins with a dying pirate crash-landing his spaceship in front of Jim Hawkin’s (the sixteen-year-old protagonist played by Joseph Gordon-Levitt) family’s inn. The quickly fading pirate leaves Jim a spherical map with directions to Treasure Planet: a planet with a “loot of a thousand worlds.” Jim quickly sets sail with a cast of other characters (with some voices including the talented Martin Short and Emma Thompson) on a treasure hunt through the galaxy. So, considering the plot is based on an already famously beloved tale, that is clearly not the main issue contributing to the film’s ratings.

In fact, audience members and critics alike would go on to list different and almost inexplicable  reasons for why the film sank to the bottom of the box office. A popular reason among critics for disliking the film was focused on the absurd notion that the film’s characters weren’t all that good or likable. Many critics left the film and wrote that some of the characters lacked depth, weren’t villainous enough, weren’t likable enough, or were just plain annoying. To my surprise, when reading reviews for this film, a lot of critics seemed to be attacking the main antagonist (can we even call him the main antagonist? Really?) Reviews of John Silver were on both ends of the spectrum, calling him not enough of a villain while others called him too menacing.

Critic James Plat from Rotten Tomatoes even states, “Given the amazing artwork, if a better character [than a cyborg John Silver] had been inserted, we'd be talking about "Treasure Planet" as another Disney classic.” He goes further in his review to explain his distaste for the character of Long John Silver by saying that “There’s only menace in this fellow, so he’s nowhere near as interesting as Newton was in the more complex live-action role.” I found this was an interesting critique of the film because, when I watched Treasure Planet as a child, I vividly recall Long John Silver being one of mine and my older brother's favorite characters. And, after my rewatch of this film two days ago, I realized I could appreciate the complexities of his character development throughout the film through a more adult lens, and he now stands as my favorite character from this film!  The audience follows the character from the start as a greedy cyborg pirate whose only goal is to become rich from the loot on Treasure Planet, no matter the cost. By the end of the film, though, the audience witnesses Long John Silver’s internal transformation as he forms this heartwarming father-son-like bond with the young Jim Hawkins whose teenage behavioral problems had all been a result of his need for a father figure. The dialogue and visuals show the growth of this character beautifully and I think that the critics who claimed that this character was too much of a villain and also not enough of one at the same time missed the intended point entirely. This antagonist was not meant to be fully evil like many Disney villains; he was meant to be more complex and that is what makes him interesting. Critics seemed to actually be disappointed that this Disney “villain” did not follow the same old tropes that they love gobbling up time and time again. Long John Silver actually grows as a character rather than becoming more evil and falling to his death like other Disney villains (think Scar from the Lion King, Gaston from Beauty and the Beast, Cruella de Vil from 101 Dalmations, Mother Gothek from Tangled, Clayton from Tarzan, Frollo from the Hunchback of Notre Dame…shall I go on?)  by the end of the film.

I think that many critics who wrote this movie off in late 2002 focused their critique on what they thought was the weakest part of the film (the character of Long John Silver), but I would argue that this is actually one of the strongest parts of the film. Other characters were also labeled as undeveloped and annoying such as the character of B.E.N. He was critiqued for being an annoying character just added into the film to make dumb jokes for the kids. However, I would argue that even highly rated Disney movies add this kind of character to the plot. Olaf from Frozen, for example, was obviously added into the film to make dumb jokes for the younger audience and, I, for one, found him particularly annoying. However, I am able to recognize why he is there and understand that I am not the only intended audience for the film (one of Disney’s greatest accomplishments is that their films are for EVERYONE) and I can still appreciate the masterpiece that the film as a whole is.

So to make a long argument short, I think one man’s “trash” equals another man’s treasure as far as the film Treasure Planet goes. People either love it or they hate it, and for those who hate it–I simply can’t understand the reasoning for why.