From Distributing to Dominating: The Rise of A24 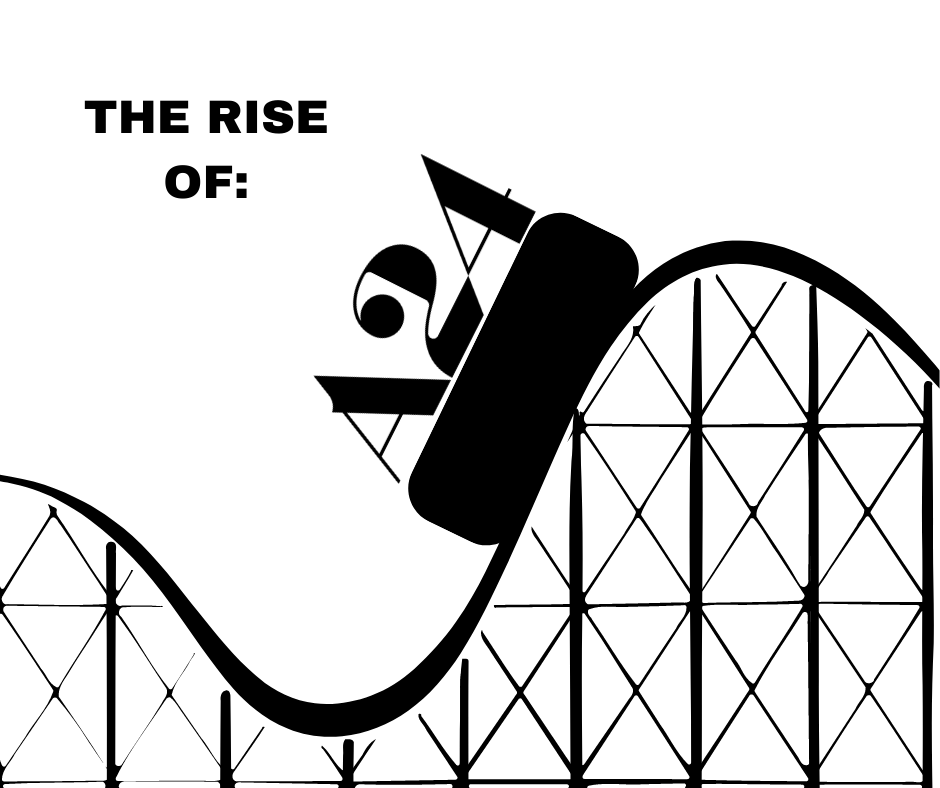 As the theater lights dim and opening credits begin, a simple black and white logo appear on the screen. Cutting across the dark screen are a few simple lines, gracefully darting and intersecting with each other before forming the name: A24. On the surface, it’s just one letter and two numbers. But as most movie fans have come to realize, this simplistic intro could very well precede their next favorite film.

A24, originally a small independent movie distributor, has quickly transformed into one of the most respected and successful names in cinema production. The company is behind instant fan favorites like Uncut Gems, Ladybird, The Lighthouse, and Everything Everywhere All at Once.  Its unique storytelling style and artistic freedom contribute to its reputation for those in and outside of Hollywood. As the simple opening logo reflects, A24 had a humble approach to the film industry before eventually becoming the billion-dollar company responsible for cult classics, box office smashes, and even Academy Award winners. Indeed, as the SLC prepares to show two of the company’s recent releases, Marcel the Shell with Shoes and Bodies, Bodies, Bodies, it's worth reflecting on the inspiring rise of A24.

A24 was founded just ten years ago by Daniel Katz, David Fenkel, and John Hodges. It originally started as a distribution company, meaning it would seek the rights to show different films in a theatrical setting. Soon, the company sought to pivot to producing films as well. In 2013, A24 released its first film, A Glimpse Inside the Mind of Charles Swan III. Later that year saw the release of Spring Breakers, the Selena Gomez, Vanessa Hudgens, and James Franco movie about college kids on a spring break trip that gets out of hand. The film achieved moderate success at the box office, paving the way for more creative projects. The company continued distributing low-budget, independent films by rising auteurs. While these movies lacked the press appeal of famous movie stars or well-known directors, they featured fresh stylistic diversity. These projects differed from the formulaic Hollywood blockbusters that some movie fans were growing tired of.

A24’s big break occurred with the acquisition of the rights to Moonlight, the 2016 Academy Award winner for Best Picture (and directed by FSU alumni Barry Jenkins!). Moonlight was a low-budget drama set in Miami, but the film’s deeply moving story and stunning visuals catapulted it into the eyes of mainstream audiences. Profits for the film exponentially shot up after it took home three Oscars. With this high-profile win, A24 essentially got the green light to continue producing movies with their unique preference for indie films. In doing so, a unique style in A24’s films developed and became known and loved by audiences.

In a word, an A24 film can best be described as odd. Their movies all offer unique approaches to filmmaking, telling stories not necessarily fit for “blockbuster” standards. Whether it's a story about a part-lamb, part-human child on a desolate Nordic farm or a retelling of an Arthurian myth, A24 shows films that would not be popularly marketed by the other mainstream companies. The company allows directors like Barry Jenkins, Robert Eggers, and Greta Gerwig to approach films with complete artistic freedom, exercising their unique creative voices to create films exactly as they imagine. The result is movies with weird plot points, inventive cinematography, and moving stories that could not have been told any other way. One aspect A24 especially excels in is indie-horror films. The Witch, X, Lamb, Hereditary, and Midsommar are all products of the company. These films are not your typical predictable slashers, but are unnerving and terrify viewers through their strangeness. On a broader scale, in placing marketing support behind these types of films, A24 is slowly redefining what is acceptable cinema for a movie theater. Before the success of early A24 movies, low-budget indies were hardly shown on the big screens. Now, nearly every A24 film features some theatrical release, despite not changing the standards for budget expectations. This has allowed indie films to thrive at an unprecedented level, no longer overshadowed by more popular superhero films, action flicks, and remakes of older pictures.

A24 has especially appealed to the next generation of movie fans. Millennials and Gen-Z movie buffs have noticed the artistic style and creative freedom associated with the company. A24 features many contemporary themes in its films, showing a sense of bravery and willingness to push boundaries- a trait well rewarded by our generation. When A24 attached itself to the production of Euphoria, this tie to young audiences was only strengthened.

Ultimately, A24 has proven that it is only going to get bigger with its distribution capabilities and the number of unique stories it is able to tell. Its innovative approach to storytelling and willingness to allow creative freedom will surely reward the company in the long run. In turn, we movie fans have much to be excited about as we wait to see what A24 produces next.